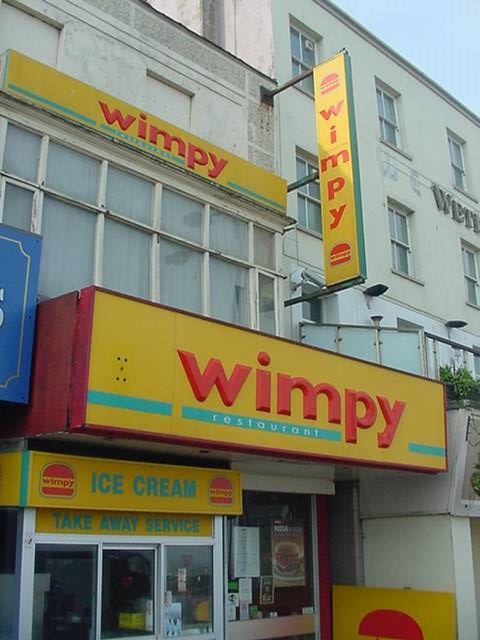 The Wimpy restaurants were a familiar sight on most High Streets at one time. The fast food chain has been around since the 1950’s but has gradually lost its popularity over the years. Once a favourite eating place with both family’s and teenagers alike it sadly lost the battle of the burger chains with the emergence of the McDonalds and Burger King restaurants in the 1970’s. In fact by 1990 many Wimpy’s had been bought and converted into Burger King restaurants. 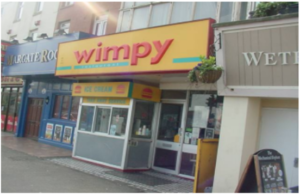 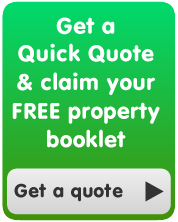