Mothercare plc is a London Stock Exchange publicly listed company based in the UK, which specialises in maternity products, infant and children’s merchandise up to 8 years of age. Aside from its physical retail store, it also used to operate as a mail order business.

The first store was founded in Kingston, Surrey in 1961 initially selling pushchairs, nursery furniture and maternity clothes, which later expanded over a six decades period to include clothing, toys, and lifestyle products for children in its merchandise in stores across Europe, Middle East, Africa and parts of Asia, and eventually became a well-known High Street retail brand.

In 1972, just a decade after its initial operations, Mothercare became a publicly listed company. Another decade later, it merged with Habitat to form Habitat Mothercare plc. Then just short of 2 years after its initial merger, it entered into another merger with British Home Stores plc. in 1986.

Later in 2000, the company became a sole brand and came to be known as Mothercare plc.

The company experienced a substantial decrease of distribution channels in the UK, from 400 retail stores in the UK to just 79 after a decade by 2018, primarily because of the dire conditions in the retail economy, increasing costs, high levels of rent, changes in consumer spending, and tough competition with online retailers.

In hindsight, its retail performance in Britain had been loss making for several years.  It can be recalled that in 2011 it reported an annual pre-tax profit with a 75% loss from £32.5m to £8m, which prompted it to close 110 High Street stores in the same year. In 2014, its Chief Executive Mark Newton-Jones even proposed to invest £400,000 of his own money in the company’s planned £100m rights issue in his attempt to save the ailing retail brand. This was just 2 months after the company rejected a £266m takeover approach from Destination Maternity, a retail brand for similar products based in the US.

A series of losses and downsizing came after the rights issue strategy prove to be unsuccessful to save the company. On March 2019, its fiscal year-end accounting reported a £36.9m loss.

On November of 2019, Mothercare’s UK store portfolio initiated it’s winding down, a process that will take several months with a phased closure of stores that will affect its 2,485 retail staff and 384 Head Office and distribution staff based in the UK.

A closing down sale was initiated on the same month, just in time for the Christmas selling period, offering up to 60 percent discounts on its products for UK consumers.

Do you need help with Permitted Development? – our experts will save you time and money

Mothercare Recovery in the UK and Opportunities Abroad

Mothercare UK Ltd has been marketed for sale but, despite numerous expressions of interest in the brand, no offers were received that would preserve the business. Ironically, after going through a series of mergers during its 60-year long history, and rejecting a major merger in 2014, Mothercare appears to be unable to attract a takeover offer at the time when it needs it most.

The company however is not without a backup plan as it has already set its focus abroad to return the company to profitability by 2021. The company still has 1,010 overseas franchise stores as of 2019.

As of November 2019, the company had reported that it has raised 3.2 million pounds through a 10 pence a share placing. It is currently negotiating for an additional 50 million pounds that will be sourced from third parties, a standby underwritten equity issue, and a new term loan facility. As to its 24 million pounds worth of liabilities, the company confirmed that it will be paid down through the administration process. 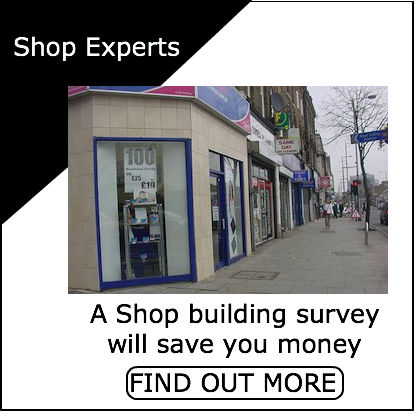 To speed up its restructuring, the company’s pension trustees were supportive and has agreed to a reduction in the planned contributions over the next 18 months. A move that will benefit the pensioners in the long term, provided the company will be able to recover within its deadline.

As for its plans for the UK operations, the company is already in search for a partner that will provide an effective online presence for the brand, as well as supermarket chains that will be willing to provide space to sell Mothercare products.